User registration is disabled in this demo.

Please enter your username or email address. You will receive a link to create a new password via email.

Artenara What to see and do in this charming village of Gran Canaria? 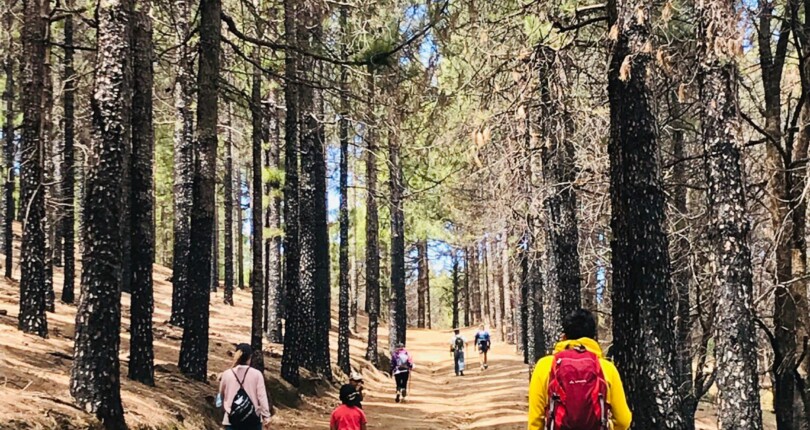 Artenara is the smallest municipality of Gran Canaria and the highest village on the island, with a latitude of approximately 1,270 metres above sea level. It is located in the World Biosphere Reserve of Gran Canaria and is surrounded by an orography that the Spanish writer Miguel de Unamuno described as a “petrified tempest”. You can also enjoy spectacular and unbeatable views of Roque Nublo and Roque Bentayga.

If you are going to visit Artenara, there are places you can’t miss if you want to get to know this magical village in depth. Do you want to know more? Stay tuned and take note.

The Unamuno viewpoint, also known as Unamuno’s balcony, was built in 1999 as part of the opening of the Unamuno Route in Gran Canaria to commemorate the writer’s stay on the island in 1910.

The viewpoint is home to a sculpture of Unamuno by the Gran Canarian sculptor Manolo González. From here you can enjoy spectacular views of Barranco Grande, Roque Bentayga and Roque Nublo with one of the most beautiful villages in Spain at its feet, Tejeda.

The Ethnographic Museum of the Cave Houses is one of the maní tourist attractions in the village of Artenara. It is made up of three old dwellings, probably dwellings of the pre-Hispanic population that inhabited this place. These houses were restored by their new owner and in 1993 were acquired by the two council for the creation of the museum.

In the ethnographic museum you can discover the origin of the cave houses and what they are. You will also discover their layout and decoration, with a variety of furniture that was used at the beginning of the 20th century, as well as objects that represent the traditional trades of Artenara. 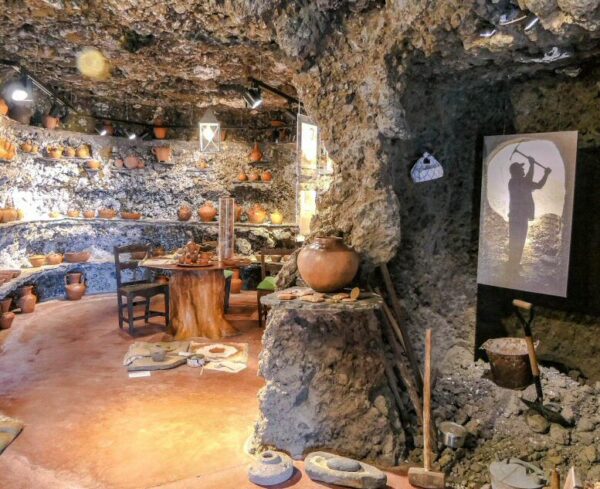 Her feast is celebrate during the second fortnight of August. The image is transferred from its chapel to the church of San Matías, and on the last Sunday of the month, the main day of the festivities of the Virgen de la Cuevita, it returns to its chapel, amidst offerings of fireworks and torches.

The Church of San Matías is the most important religious building in Artenara and stands out in the village square. Its construction dates back to the 17th century, the present building is from the 19th century and there are even parts from the 20th century, such as the interior decoration and the towers.

The decoration of the ceiling with a neo-Mudejar style coffered ceiling and the paintings that cover the walls of the presbytery make this a magical place that captures the attention of all its visitors. 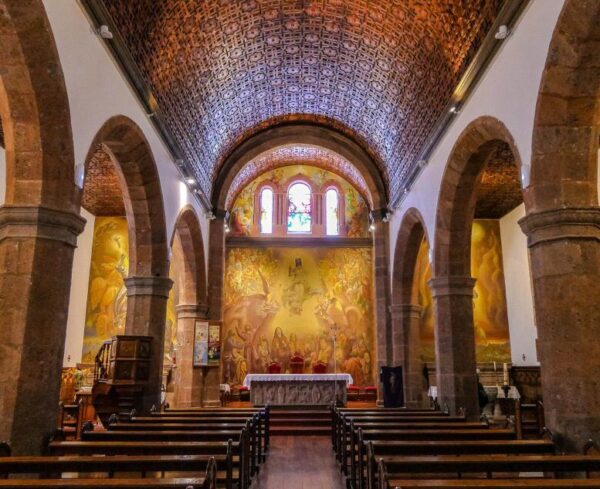 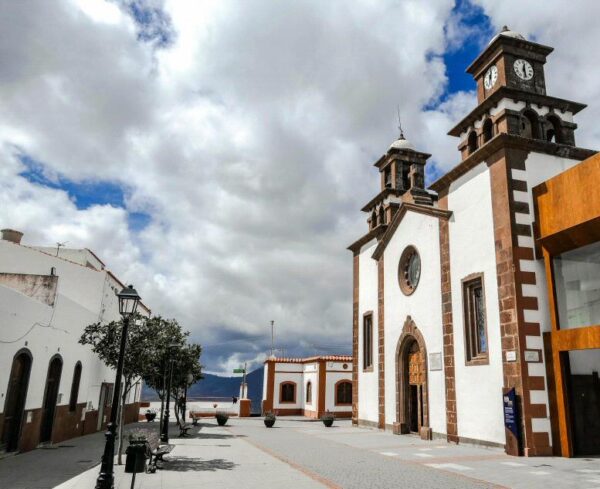 The municipality of Artenara is crossed by many paths and trails that were used by the aboriginal population and later by the peasants when the current roads did not exist. Below, we will show you several proposals of paths that start in the town centre or main square of Artenara.

Sorry, this entry is only available in European...

Nowadays, we live in a society where new technologies are part of our daily routine, both in our...

Sorry, this entry is only available in European...